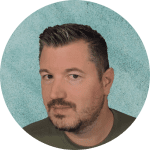 This question – asked so often – suggests that there is actually a plausible answer. Almost as if our being were a fixed thing. People who ask this sort of question are typically struggling with their identity and are searching for a core sense of themselves. The irony is that the more you seek to identify who you are, the more fragile you are likely to feel about yourself. There may be an inverse correlation between the question being asked and the ease with which you experience your life. The emphasis shouldn’t be on discovering who you are (what is buried beneath) but on facilitating the emergence of what you’d like to experience.

With that said: Welcome to my virtual hideout!

My name is Michel Lisman and I was born in November of the year 1977. A memorable month it was:

I’m interested in gaming, movies, series, photography, traveling, my girlfriend (if you’re reading this: no particular order!), good single malt whiskeys, music and I am a real tech junky. I do like cars & bikes as well, mostly fast ones..

I’m not driving my bike at the moment, but if I should return I’ll probably lean towards a real fun (& sun) bike, probably a V-twin again.

Well, you’ve reached the end of this page meaning you actually took an interest in reading this page! I salute you and encourage you to write something while you’re visiting!